Shopping centres might not be to everyone’s taste, but they’re convenient if you want to do all your shopping under one roof. And a major benefit at both Westfield malls is there are decent places to eat.

If you’re in London for a short trip, you probably won’t have the time or the inclination to visit both, so here’s a quick summary of what to expect at both centres. 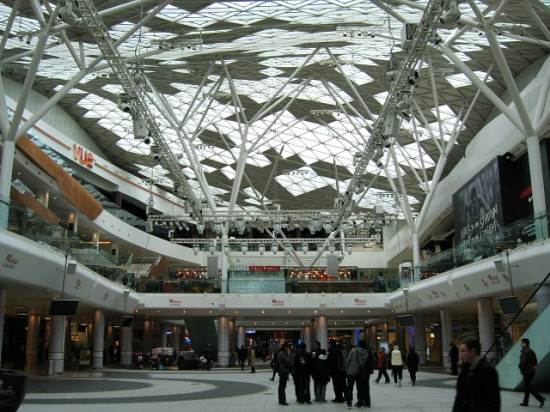 The first Westfield, in the Shepherds Bush/White City area of west London, is now the largest shopping centre in Europe. It’s built on two levels, square shaped with a large inner atrium giving it a light and airy feel. The walkways are wide, so it doesn’t seem crowded and there’s plenty of seating to rest your weary legs (whether you’ll find a seat at the weekend is another matter).

It’s easy to get to from central London (12 minutes from Oxford Circus by tube). 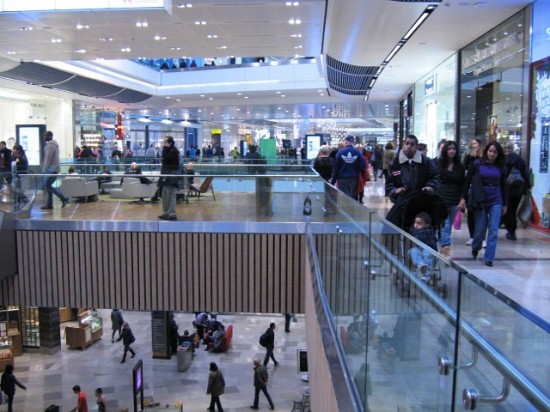 Westfield Stratford is London’s opened in 2011. It’s located in Stratford next door to the Olympic Park in east London. Built on three levels in a crescent shape, it’s more compact and easy to walk around with escalators at each end. However, the walkways are narrower giving it a more crowded feel and there aren’t as many places to sit and rest if you’re not eating. Most seats are on the top floor.

What do they have in common? At both centres women’s clothes and shoe shops are the most common type of shop including many non-British shops not normally found on the UK high street.

Both Westfields have an Apple store. 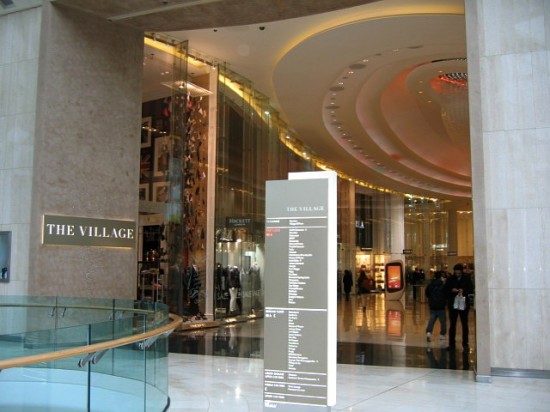 There’s a good range of shops from mid-price to designer. Westfield London is definitely the better choice if you’re looking for designer clothes. When the sales are on, if you want to buy quality clothes that will last for many years, it wins hands down as the better of the two.

If you’re with someone who hates shopping, there’s a good public library near the Wood Lane side of the centre, close to Shepherd’s Bush Market tube station.

There’s a new small branch of IKEA and a large TK Maxx branch in Hammersmith, one stop on the tube from Shepherd’s Bush Market station. Or take a bus from Westfield bus station to Hammersmith.

There’s a better choice of shops to suit the budget to mid-range pocket. If you’re on a tight budget then Westfield Stratford is better.

Around 60 places to eat, so it’s easy to find something to suit your taste and budget. The Balcony food court area has 13 top-quality fast-food type places.

There are branches of EAT and Pret a Manger if you just want a sandwich. For sit-down meals, there’s a decent selection of mid-priced restaurants on the Southern Terrace and more family-friendly restaurants in The Loft.

A healthier and more varied selection of fast food can be found on the first-floor World Food Court including branches of the wonderful Franco Manca pizzas, Comptoir Libanais & Pho. If you want a sit-down restaurant, the choices are similar to Westfield London.

Some shops have different opening hours. Bars and restaurants are open later.

Some shops have different opening hours. Bars and restaurants are open later.

Both are pretty easy to reach by tube from central London. Westfield London is closer to the centre.

In terms of parking fees, Westfield Stratford is cheaper than Westfield London.

It’s 12 minutes by tube from Oxford Circus to Shepherd’s Bush. Westfield London is in zone 2.

It’s 20 minutes by tube from Oxford Circus to Stratford. Westfield Stratford is in zone 2/3.

There are information screens dotted around both centres to help you find the shops you want, but they’re slow to use. If you have a smart phone, download the free app (available from the links below) to find out how to get from shop A to shop B. It’s also useful for finding information on sales, events and meal deals.